The Lighthouse, a communication tool

Joseph Goulet brand was established in 1909. To make his champagne known, Joseph decided to arrange a publicity stunt. In 1909, he built a Lighthouse on a small hill in the middle of the Champagne vineyards.In the evenings, the lamp turned and shone on the Verzenay hills for far enough to be visible from Reims. It was one of the first buildings in the region to be made from reinforced concrete. 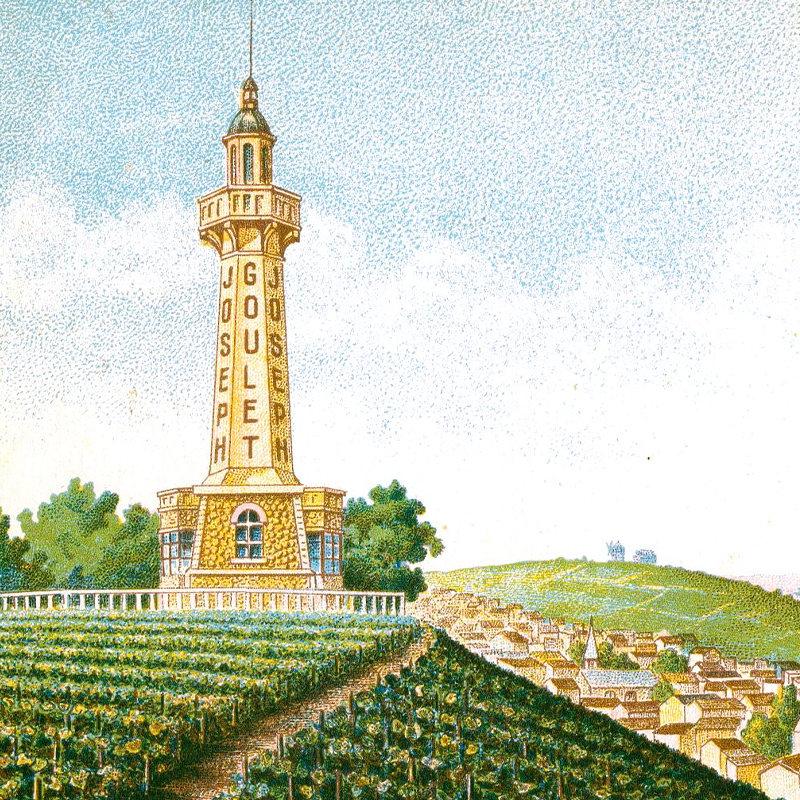 The Lighthouse as a communication tool 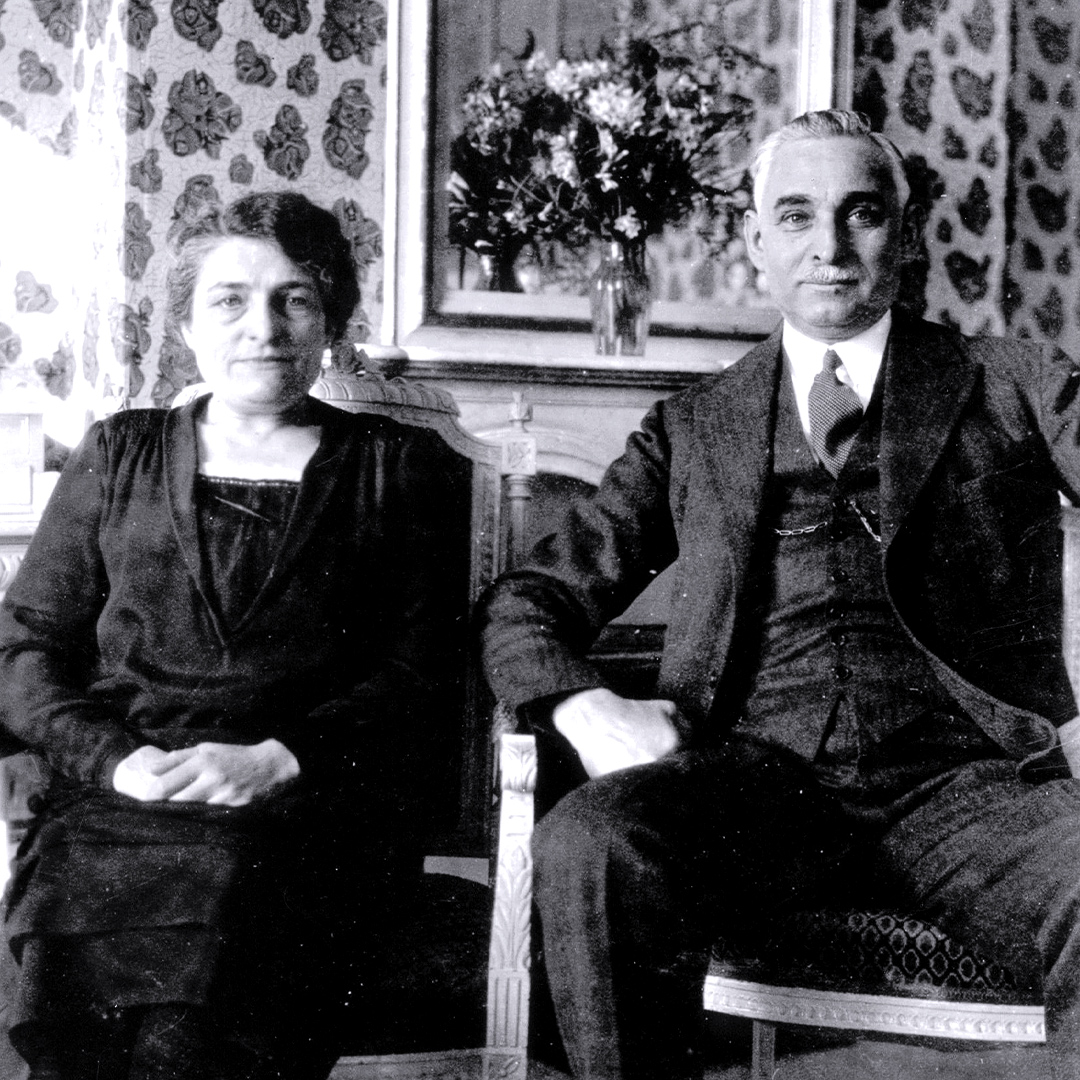 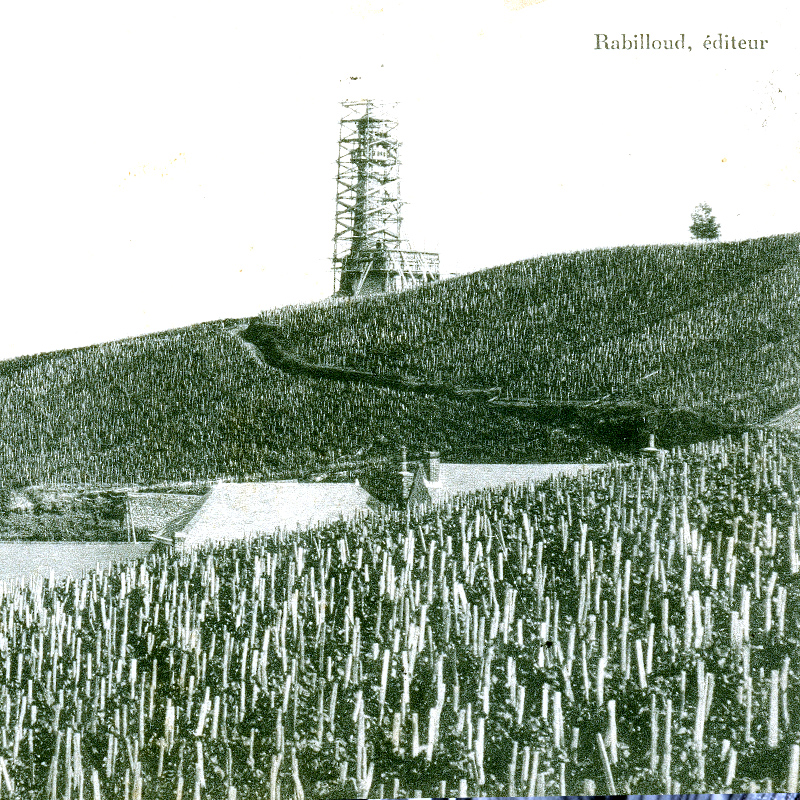 The roaring twenties for the Lighthouse

A restaurant and a theatre were established in the annexe buildings at the foot of the Lighthouse. A popular “guinguette” was also added to meet the enthusiasm sparked by the building, which quickly became an unmissable meeting place for the residents of Reims and Épernay. Reaching the Lighthouse was made easier by the CBR (the railway company for the Reims suburbs), which served the nowgone Verzenay station. 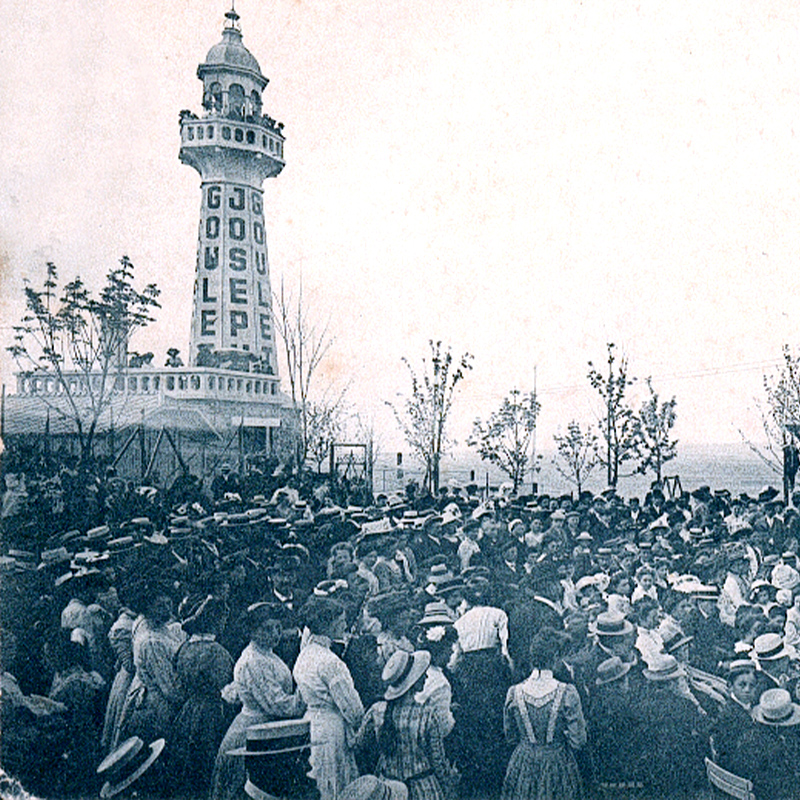 A Sunday at the Lighthouse during the Roaring Twenties 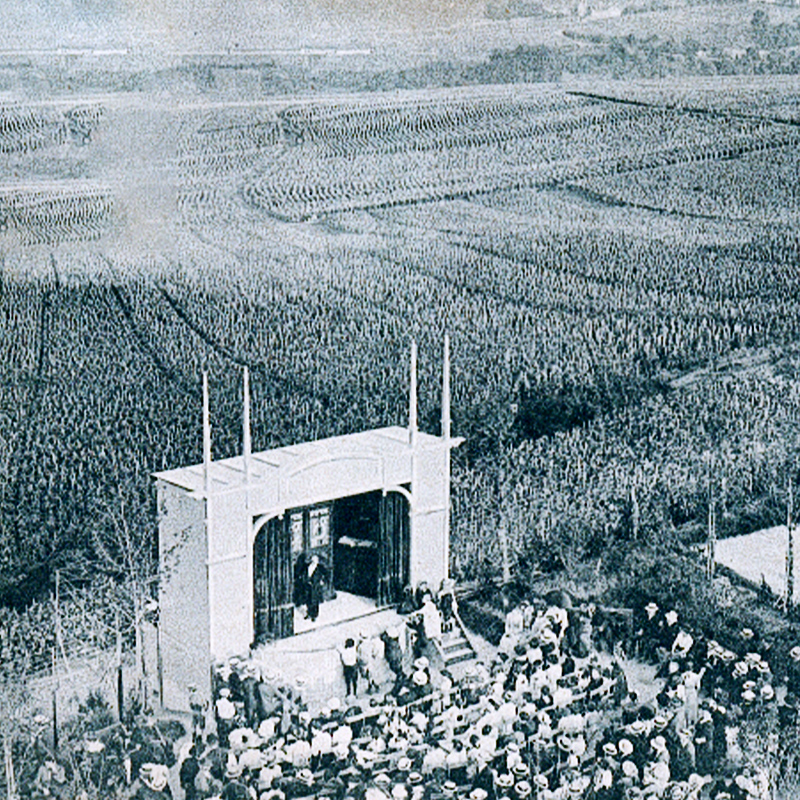 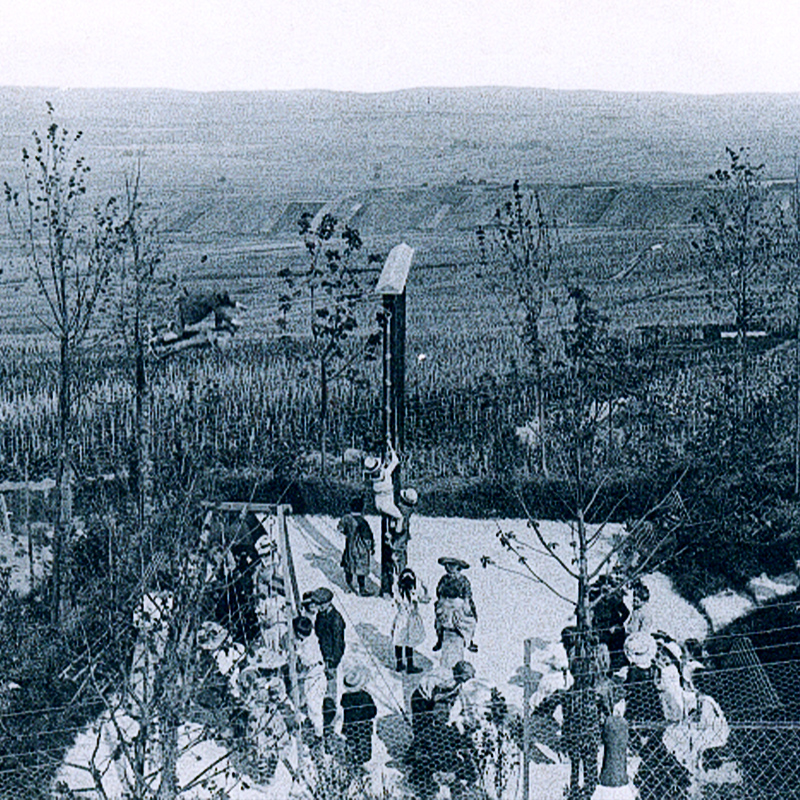 From the post-war period to the vine museum

During the Second World War, the Lighthouse was used as an observation post. In the aftermath of the war, only the reinforced concrete tower had withstood the shooting. All of the annexe buildings were destroyed, but the Lighthouse was saved from collapse.

For many years, the Lighthouse lay abandoned. In 1987, it was bought by the unicipality of Verzenay from a champagne house. In 1994, the Vesle Montagne de Reims community of local councils took on the project of creating an ecomuseum about vineyards as part of its tourism service. The aim of this new tourism offer was to make the region more attractive, while bringing together local actors. The Vine Museum opened on 3 October 1999.

In 2017, the Verzenay Lighthouse became part of facilities belonging to the new Grand Reims Communauté Urbaine. 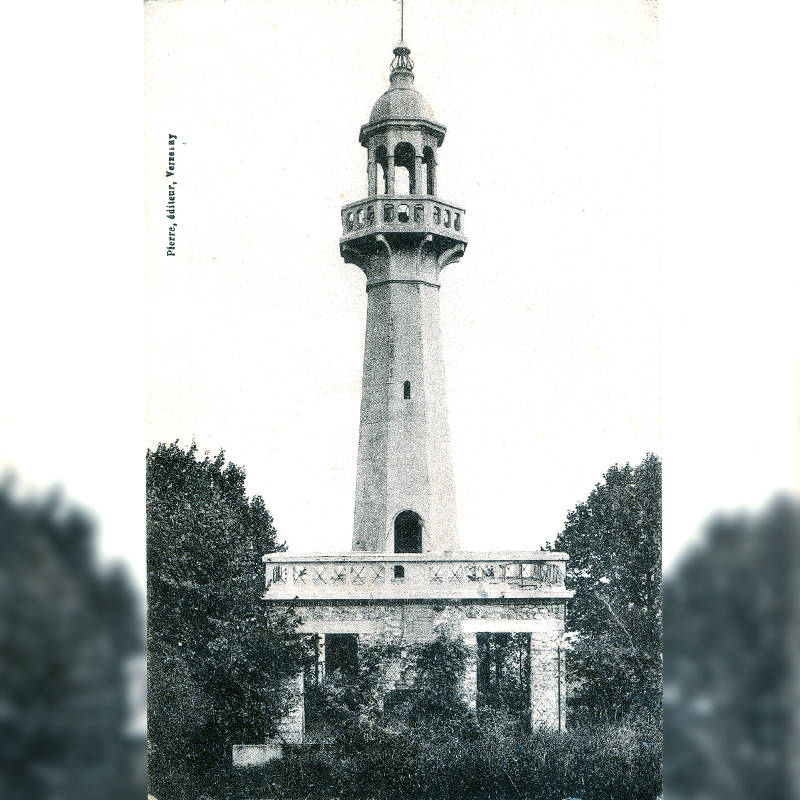 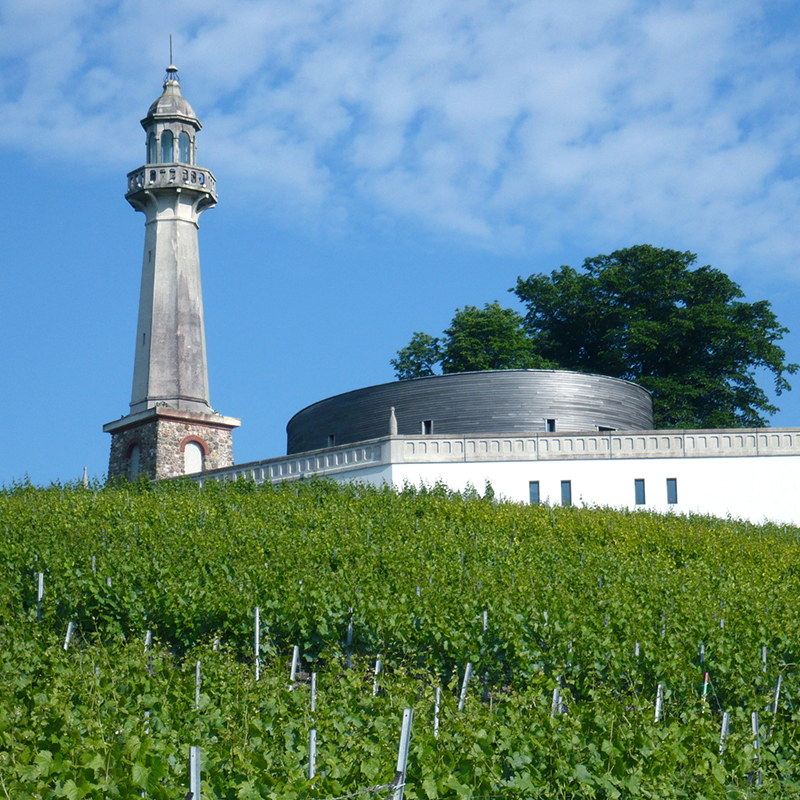 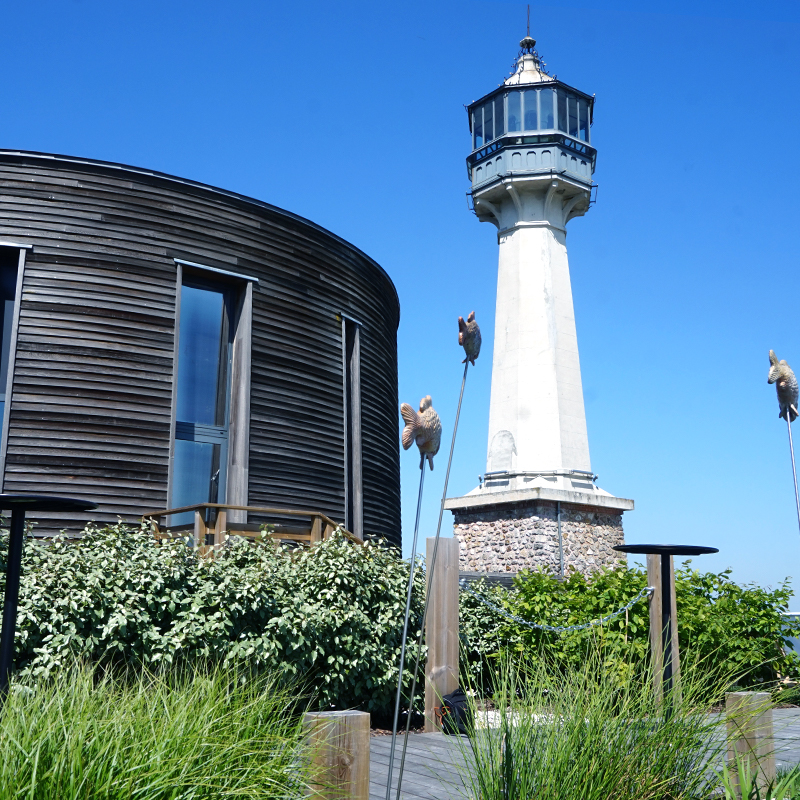 Today, the Lighthouse offers a range of attractions for visitors. After climbing the 101 steps, the lookout point has a 360° view over the vineyards. The ecomuseum offers a visit with commentary on the history of champagne and the secrets of its production. At the end of the visit, the tasting area gives you the option to try the most prestigious champagnes produced by winegrowers in the Montagne de Reims sub-region. 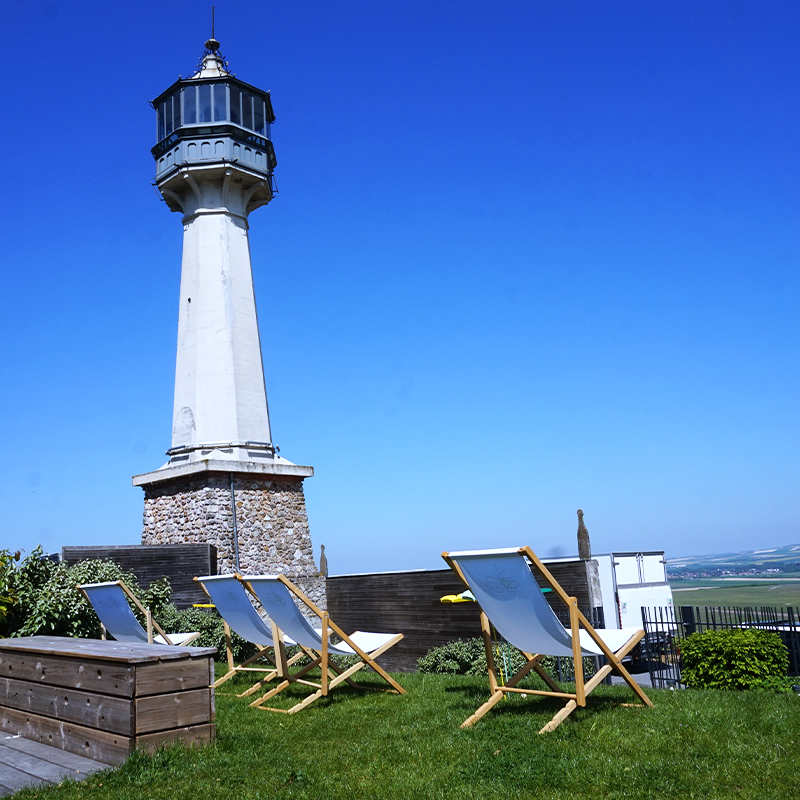 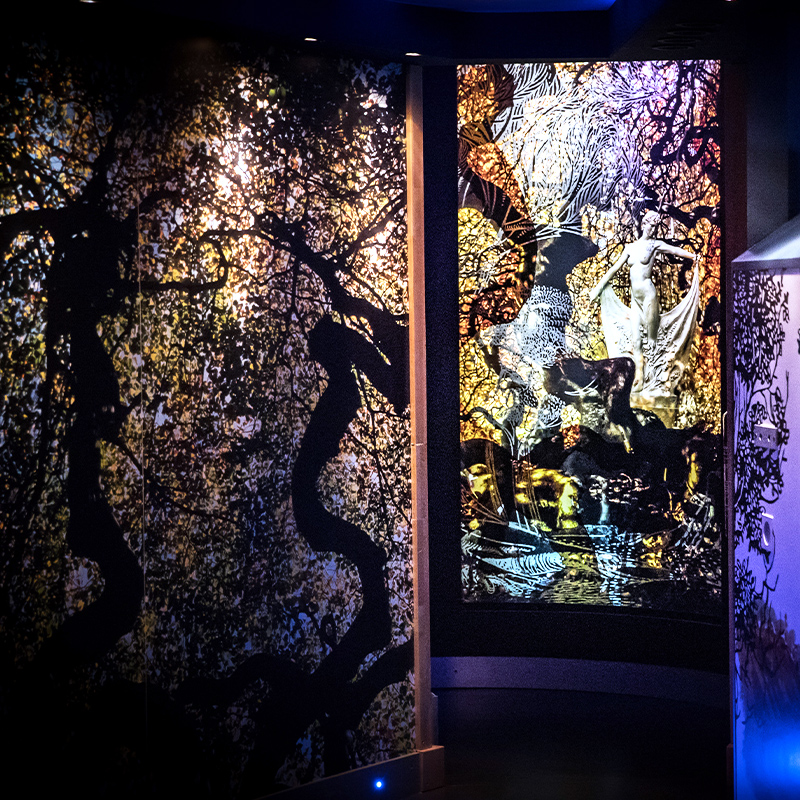 The feast and the Saints 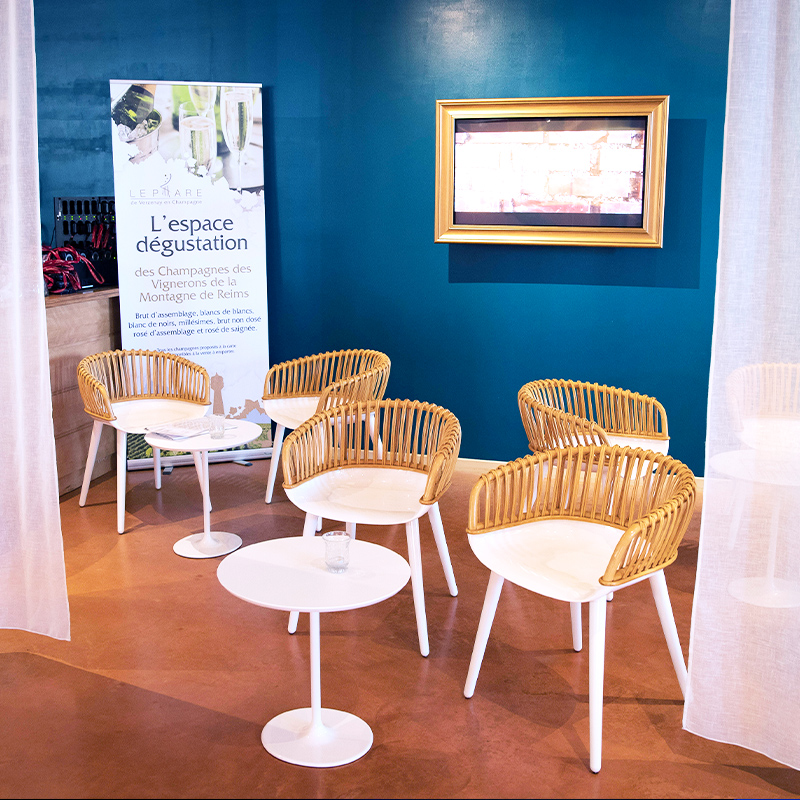